Clay tobacco pipes are a common artifact type found in historic Euro-American archaeological sites. These inexpensive and disposable items were generally manufactured, used, and thrown away within a very short span of time, and individual styles can often be traced to specific manufacturer and period of production. Thus, clay pipes can serve as a valuable tool in helping to date a historic archaeological site.

Clay pipes imported from England typically have a small bowl and long stem and are made of kaolin (a fine, white clay); this type of pipe is common to Colonial-period archaeological sites. A number of different kinds of clay pipes were also produced locally. A common type produced in the eastern United States in the 18th and 19th centuries has a comparatively large bowl with a short stem into which a longer stem (usually of reed) was inserted. The area of Pamplin, Virginia, is one the localities where this type is known to have been produced in large quantities. Manufactured by individual pipemakers beginning in about 1740, and by the Pamplin Smoking Pipe and Manufacturing Company, which operated from 1878 until 1951, pipes from the Pamplin area are distinguished by the high-quality, deep red, local clay from which they were made. The Akron Smoking Pipe Company of Ohio also owned a plant in Pamplin from 1890 to 1920, and produced Pamplin-type pipes during that time period.

In 1972, Missouri avocational archaeologists Henry and Jean Hamilton published an article about Pamplin pipes that remains the definitive source on the subject. The Hamiltons examined 4,451 pipes from the Pamplin area (recovered from the Pamplin Company’s factory grounds and from the site of a local store that sold home-industry pipes) and identified 39 styles that represented the majority of pipe forms produced in the Pamplin area from the mid-18th to mid-20th centuries. The Hamiltons’ personal Pamplin pipe type collection, which includes examples of most of these forms and is now housed by the Museum of Anthropology, is presented in its entirety in this online exhibit. 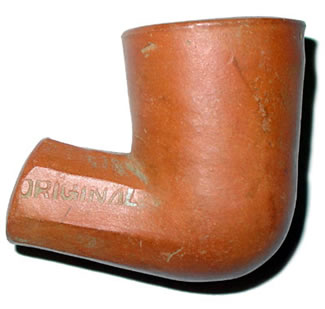 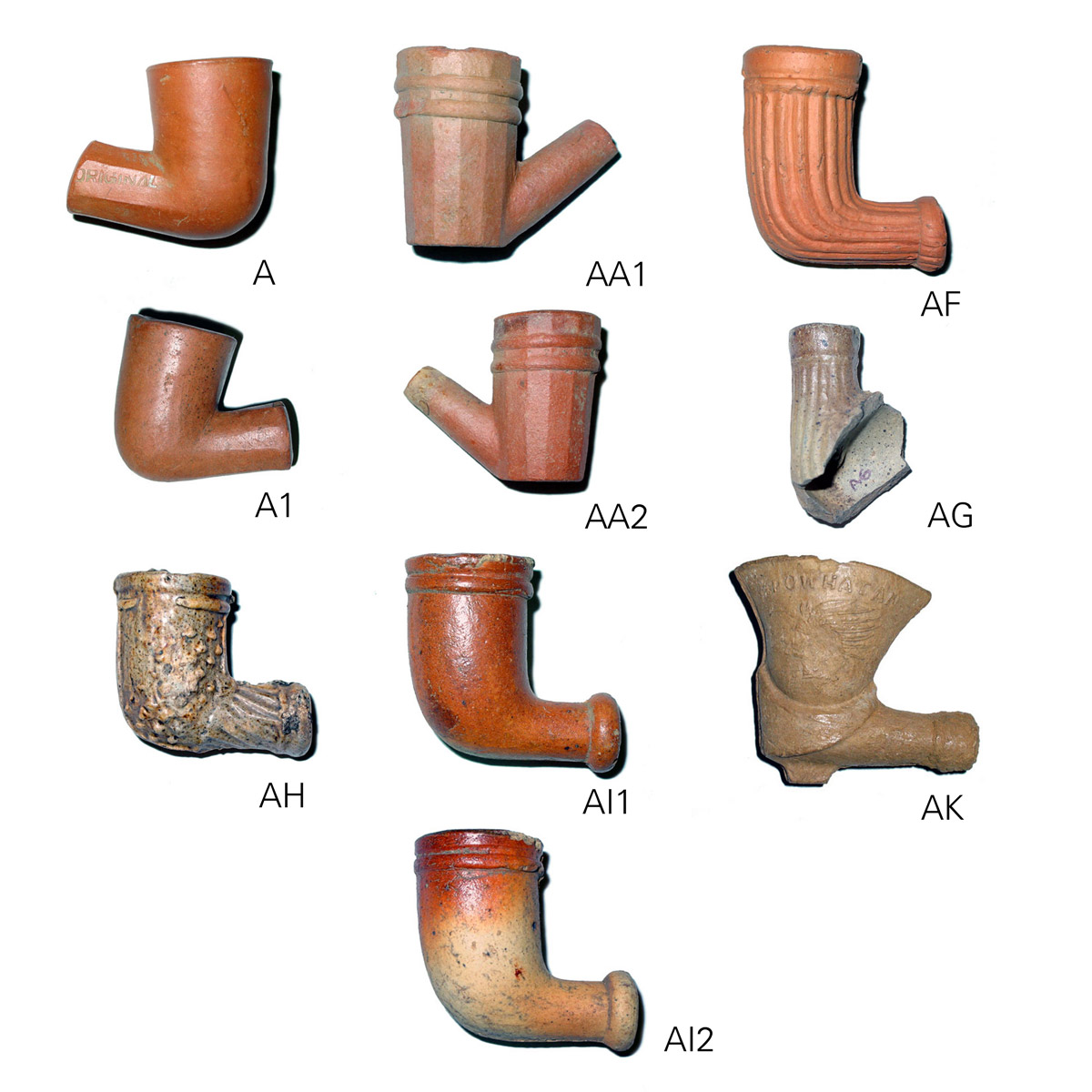 Hume, I. 1969. A Guide to Artifacts of Colonial America. New York: Random House. 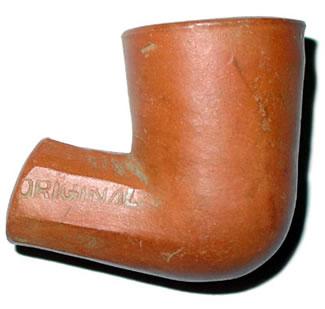