The Jesuit Rings from Missouri

Jesuit rings are an intriguing artifact type recovered from historical archaeological sites in the eastern half of the United States, where French fur traders, missionaries, and explorers had contact with Native Americans in the seventeenth and eighteenth centuries. These finger rings are usually made of brass and have a single-piece band with a flat, geometric plaque containing cast or engraved designs, symbols, or letters. The exact origin of these rings is unknown; they are referred to as "Jesuit" because of the religious motifs that are found on many of the rings, but secular designs are also common.

The wide variety of motifs found on these rings is thought to be a result of stylistic drift from three prototypes: the L-heart, Double-M, and IHS designs. The L-heart design contains a large L on the left side (thought to represent Loyola, the founder of the Jesuit order) and a heart on the right side. The Double-M design bears an inverted M superimposed over an upright M; these are believed to stand for the Latin words Mater Misericordia, or "Mother of Mercy." The IHS design is assumed to stand for Isus Hominis Salvator, which means "Jesus Savior of Mankind."

Jesuit rings have been reported from only three archaeological sites in Missouri: the Utz site in Saline County, which was occupied by the Missouri tribe from 1460 to 1650; the Brown site in Vernon County, occupied by the Osage from 1675 to 1777; and Clark County’s Illiniwek Village State Historic Site, which was visited by Marquette and Jolliet in 1673. This online exhibit presents Jesuit rings from the Utz and Brown sites that are housed by the Museum of Anthropology. These rings display some of the typical designs of this artifact class. 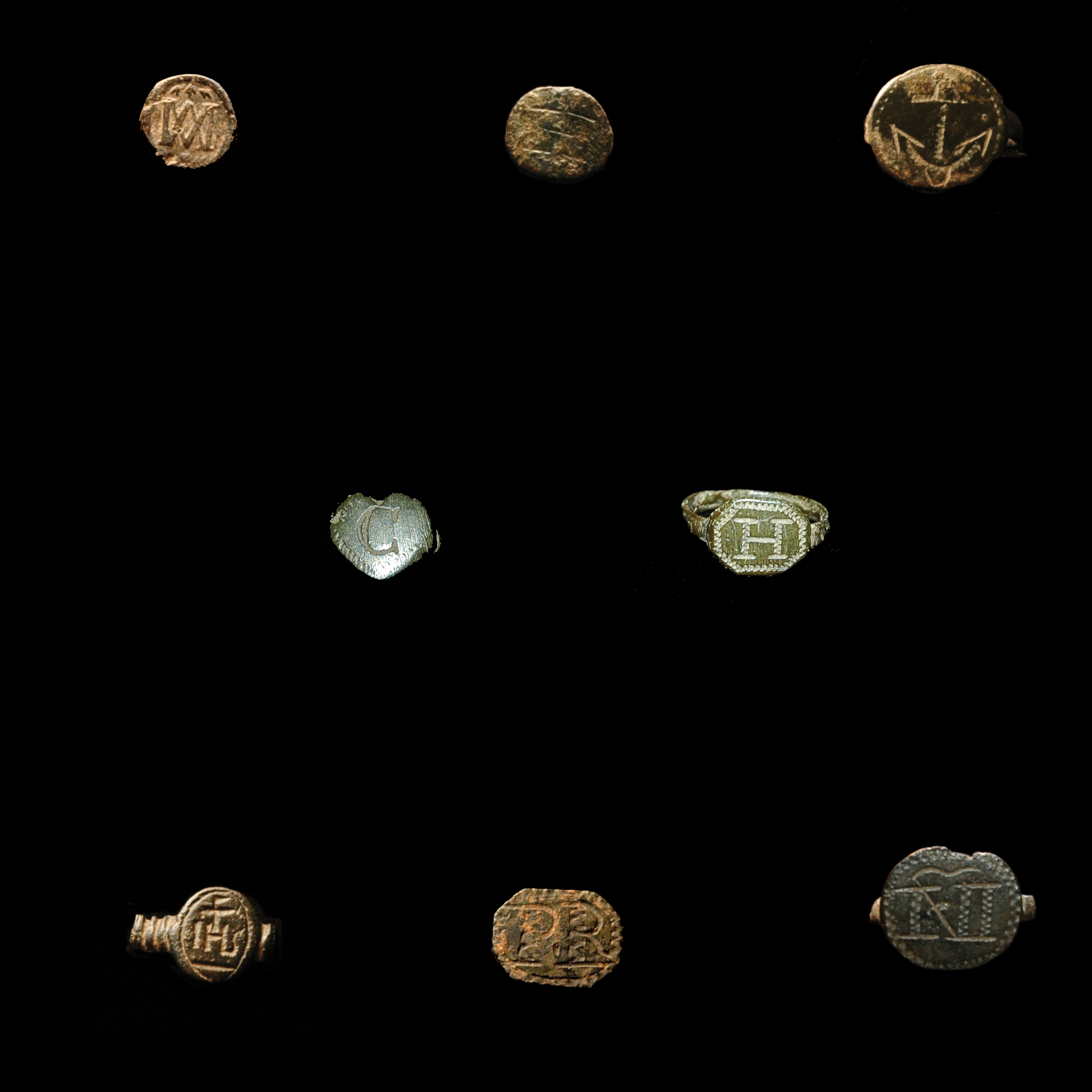 A collection of Jesuit rings 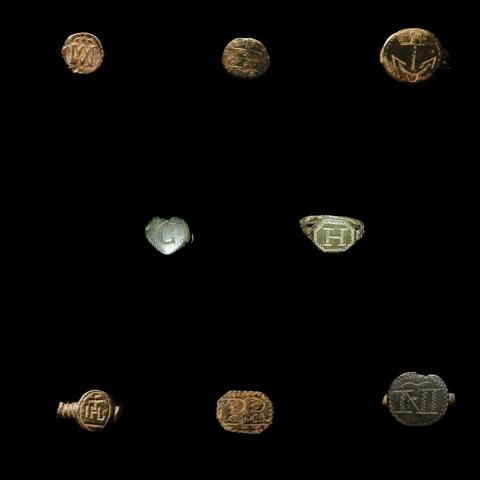