Fans Around the World

From the very first prehistoric moment when an individual waved a palm leaf to create a pleasant breeze, fans have existed in almost all societies.  The first fans were fixed, simple flat surfaces like leaves or feathers attached to a handle of some sort.  As long ago as 2000 B.C. feathers and other ornamentation were used if fan construction, and fans became a socially revealing accessory, not just a tool used to keep cool.  Elaborate fans constructed of gold, precious stones, and ostrich feathers were depicted on the walls of Tutankhamen’s 3300-year-old Egyptian tomb.

During the Renaissance fans found their place in European culture as a luxury item and were typically constructed from rare metals and fine jewels.  Artists during the 17th century drew Queen Elizabeth I holding a variety of luxurious diamond encrusted fans.  Although fans as status symbols fell out of favor when they were mass-produced for the lower class, their popularity surged again in the 1800’s.  Early 19th century Europe considered fans fashionable and vital for any established lady.  They were used as a tool that could be wielded for modesty’s sake or put to more flirtatious purposes.

Fan populatrity declined again during the 20th century, and dwindles still today.  They persist in Asia and several other parts of the world, but in most societies they are not the cultural staple they once were.  With the onset of electrical fans and air conditioners handheld fans are no longer an indispesible cooling device, and production of the traditional handheld fan has decreased.  In America, broad pieces of cardboard plastered in advertisements or plastic folding fans at carnivals are the most frequently encountered examples of the ancient art.

Items in the this collection come from a wide range of locales, including Asia, North America, South America, Africa, and Oceania.  The range of styles, materials, and decoration evident in this gallery illustrates the variety and plasticity of fans throughout cultures and time.

All photos and text by Chelsea Bilyeu 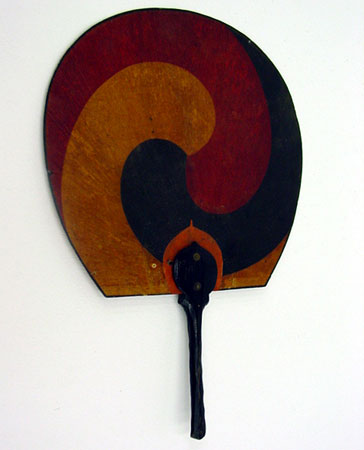 This fan has a specific ‘Taegeuk’ design, which is also on the South Korean national flag.  Culturally specific decorations like this design, which represents the duality of the universe, contributes to the variety seen in fans worldwide. 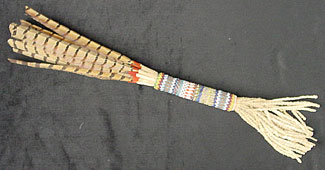 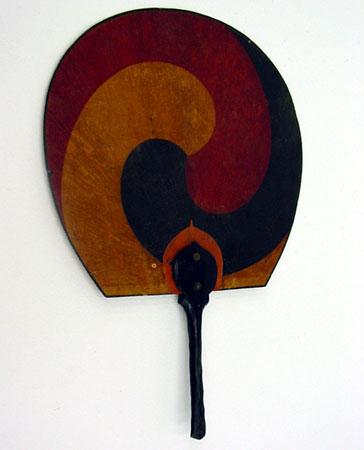