The stone-tool complex known today as Clovis dates to the terminal Pleistocene, from roughly 10,000 B.C. to 7800 years B.C., and represents the earliest Paleoindian culture in North and South America.  Clovis artifacts appear suddenly and around the same time throughout much of the New World.

Clovis technology included the production of fluted projectile points.  These bifacially flaked spear or dart points are large—up to 11 centimeters long and 3 to 4 centimeters wide (some have been found that are 23 cm. long!), and characterized by a central flute or channel flake, and a concave base enclosed by small, thin ears. The Clovis toolkit includes these fluted points, bifaces, side scrapers, end scrapers, retouched blades and flakes, perforators, and cobble tools (see main image: MAC#1974-031). The similarity of Clovis tools from site to site demonstrates the great adaptability of the tools to all the environments of the Americas at the end of the last ice age.

The channels, or “flutes,” near the base of the projectile points are the hallmark of the Clovis industry. Created by removing broad flakes from either side of the point (see image 78-17), the basal thinning of Clovis projectile points aided in hafting the point to a spear shaft (see image 1995-0170 in slideshow).  This seemingly minor aspect of Clovis projectile point technology is considered by anthropologists to have been a crucial key to the success of Clovis people, allowing them to sweep across North America and down through the tip of South America at a remarkably swift rate (~1000 years).

The Paleoindians of the Clovis era lived in small nomadic groups and hunted mammoths and mastodons.  Archaeologists have uncovered a number of sites containing mammoth and mastodon remains with Clovis artifacts. One such site is at Mastodon State Park in Kimmswick, Missouri (see image 1979-022 in slideshow).   After the extinction of the American mammoth and mastodon, possibly the result of Clovis overhunting, Clovis stone-tool technology is followed by the Folsom tradition.  Folsom points are characterized by larger flutes and were used to hunt bison.

Identifying a Clovis point can be tricky for the non-specialist, as they can be quite similar in appearance to both Folsom and Dalton stone points (see image #1970-003 in slideshow).  However, there are some key diagnostic features that can be used to distinguish between these three point types. Clovis points are typically larger than both Folsom and Dalton points. While all are fluted, Clovis flutes extend from the base to about a third to halfway up the point. Folsom flutes extend from the base almost to the tip of the point. Folsom points are also frequently wider relative to their length compared to Clovis or Dalton points.  Dalton points usually have relatively shallow and short fluting and commonly have edges that are more serrated than Folsom or Clovis. 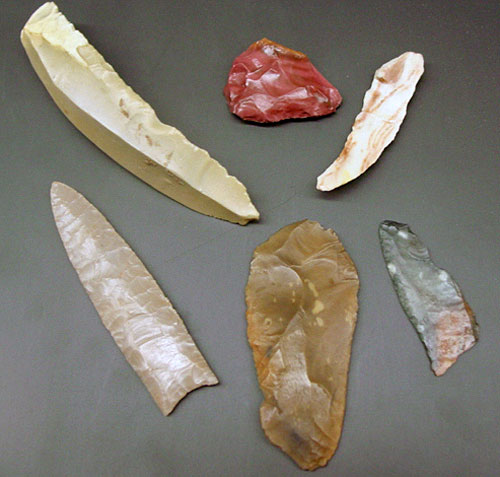 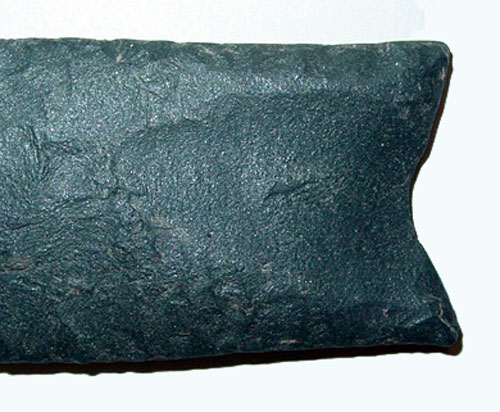 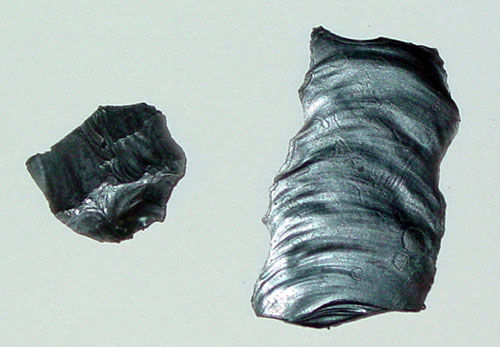 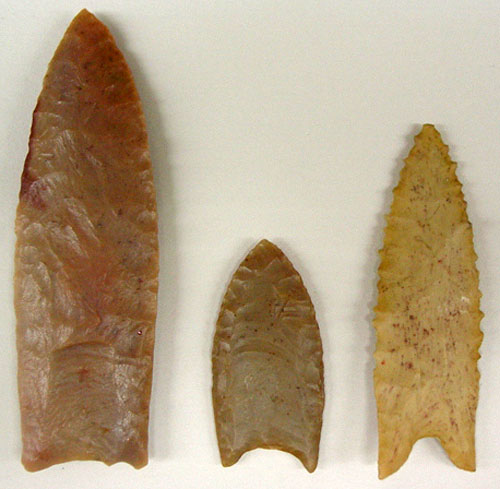 Waguespack, Nichole M., and Todd A. Surovell. 2003. Clovis Hunting Strategies or How to Make Out on Plentiful Resources. American Antiquity 68:333–352. 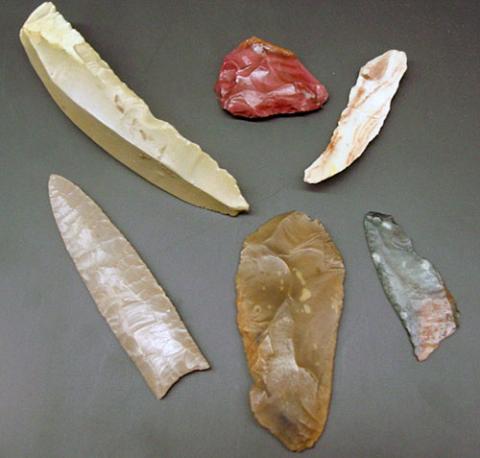